First Class Mechanical well pump experts provide professional, licensed plumbers available 24/7 for emergency well system service to residential homes and commercial businesses throughout Carroll County Maryland. If you are on a well water system and you are experience no water or very low water pressure call us today to inspect, repair or replace your well pump. First Class has replaced well pumps in Westminster MD, Westminster, Sykesville, Eldersburg and all over Carroll County Maryland. 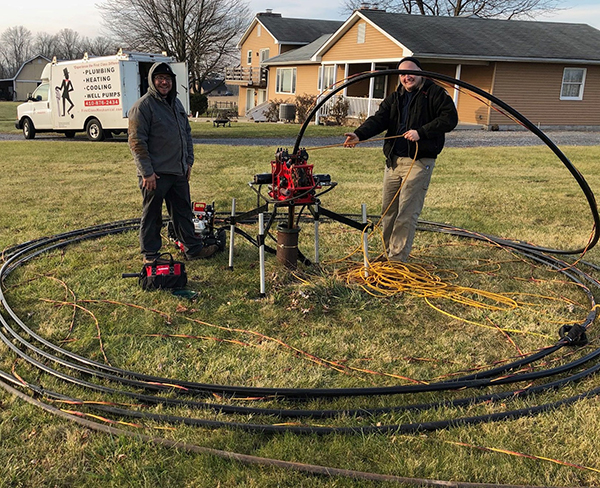 Angies List Review: DESCRIPTION OF WORK - New Expansion Tank
“I needed a new expansion tank installed because the old tank was cycling on and off every couple of minutes, and I had very little water pressure throughout the house. I had a close deadline to get these things done - within two weeks if at all possible. I also wanted the water tested to see if it was okay to drink since the property had been empty for more than six months.

I'm very impressed with their service and willingness to make the customer happy. I was given a free estimate on the work within two days and had the work done before the end of the week. They gave me the okay on the water quality within two days. The gentleman who came out arrived early and got started on the job and it was almost finished when I arrived at the scheduled time. When he was finished he tested the system out for leaks. He left, but left the old tank in the basement. When I went to use the water later on that day I still had very little water pressure. I called and they immediately came back out to fix it for no charge, and removed the old expansion tank as well. The guy had simply forgotten to take it with him. My water pressure issue was from a clogged filter - something that they'd had nothing to do with, but that they fixed anyway - the new tank helped with my BGE bills. I was very happy with the end result and will be contacting them again in the future.”